We loved having TV wildlife presenters Steve Backshall with his film crew and Nigel Marven down at Bluff Cove Lagoon. On Nigel’s second visit he filmed an episode of his “Cruise Ship Adventure” TV series at the Lagoon. During both visits he swam in the sea! Nigel returns for the third time later this season. We also really enjoyed hosting TV celebrity chef Phil Vickery and Chilean chef Christian Correa who was filming for his Entrechef TV series. 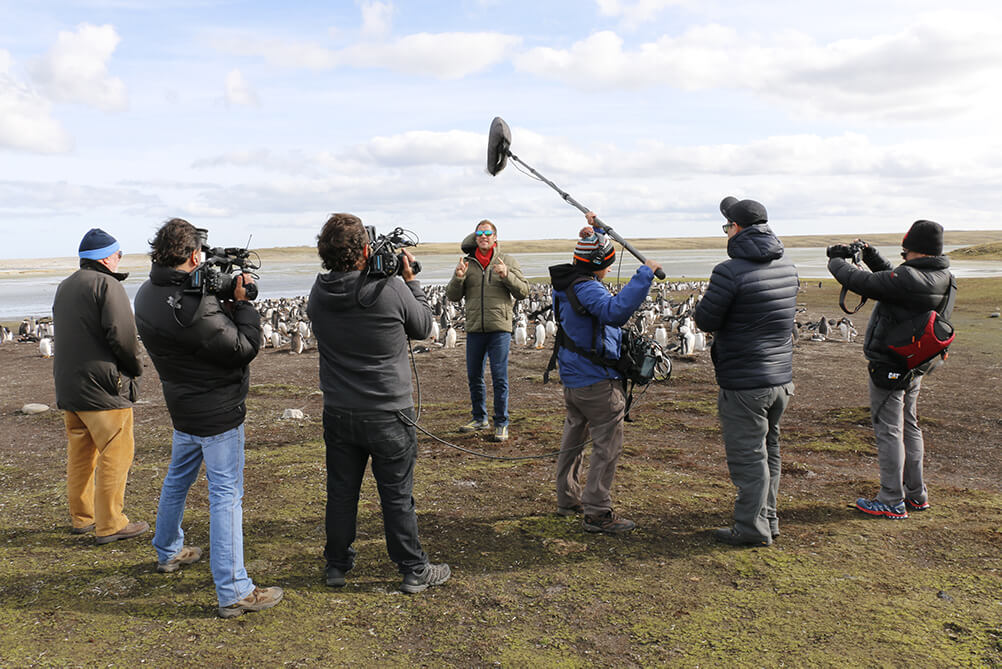